Relfections on the Golden Age

Its been raining a lot lately in El Salvador. At this moment Im still working on my next project that will be part the exhibition I have scheduled for my next exhibition in, Puerto Rico, 2010. I already thought of the title for it. EraDorada. (Golden Age)

The work has evolved over this short period of time. Now Im more inspired in Classical culture and mythology but still keeping some of the Christian imagery and symbols. Since I have been drawn more and more into mythology and to the past I thought about an interesting and deep concept that Christianity might share with Paganism and one that calls my attention is the belief in a Golden Age. In Christianity it is the Garden of Eden. In Ancient Greece and Rome it was referred to the Peaceful Age of Saturn of Cronus, where the god reigned and there were no hardships suffering or war for humanity. It is was in a true sense, long ago distant Utopia.  My work is very retro and nostalgic of the past and I notice that many of the European painters from the Renaissance to the nineteenth century shared this feeling for antiquity. From technique to subject matter I identify myself with Classicism and its long artistic tradition. I see there is still too much to be learned from it. 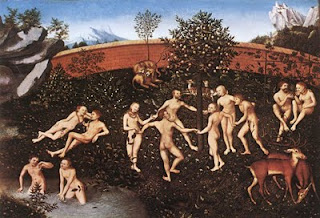 The Golden Age by Lucas Cranach the Elder

My work has also dealt with the current issue of consumerism. Given our current global economic crisis (funny I still see many people shopping) I see even more reason to reflect on the past and how we got to this point. In my work I got to a point of exhaustion where I was sick of painting consumer products and advertisements in the hands of Christian saints. After a while it becomes pointless even though there is much argument to see direct and indirect relations between religion and commerce. In fact my M.F.A. thesis was all based on these solid arguments which I could take my time and discuss in detail in another blog entry. But today I feel things have changed a bit. Or at least from my point of view and personal experience. Our system is in decay and our values have lost their meaning. After watching the news and hearing people talk about the current situation one gets a very dark and pessimistic picture of the world. it makes me wonder if we are still living in the "Dark Ages". What do we need to get out of it if we are? All of this has inspired my work. There is much to learn from the world and its people and there is much to learn from history and ancient civilizations. I would love to learn and talk more about these things as I believe they become even more relevant in todays global culture. 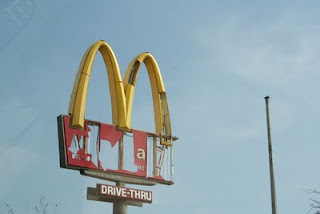 The belief in a Golden Age is present in many more cultures, not only ancient Greece and Rome. Many of these cultures also believe time is Cyclic and that the Golden Age will return. When I see the decadence of Contemporary Art I like to think of a New Renaissance that might come in the future. I dream of a new art that does not feed itself on drugs, urban artificiality and plastic, ephemeral shock value mentality. This art could be an art that cures the moral and spiritual illnesses of our time. I share this vision of art with artist Alex Grey and author Alejandro Jodorowsky. By providing a connection with the distant past, with nature and the original source of all, I hope to get closer to that which is meaningful and transcendental in art. I hope  to create a bridge that leads us back to the original source of nature and humanity. 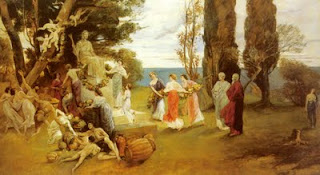 Antoni Gaudi  once said: " Originality consists in returning to the origin" I could not agree more on this notion of originality. In my next blogs I hope to explore the deeper meanings of the concept of the Golden Age and its relevance and meaning to our society today. Hope some of you share this exploration with me. I will be blogging frecuently.
Posted by Unknown at 10:09 AM