An artist's responsibility in an Age of Climate Change. 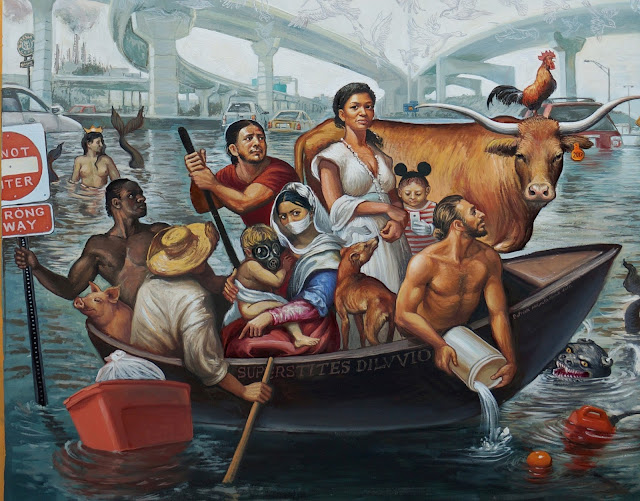 At the time of writing this, it's been little more than a month after Hurricane Harvey hit us in Texas. The level of destruction and flooding here in Houston had no description, you just had to see it for yourself. At this moment, we are still seeing not just the aftermath of Harvey, but of two others, Irma and Maria.  This year has seen some major destructive hurricanes within just a month and hurricane season just started! My closest family in Florida were affected by Irma. Maria has caused tremendous devastation in the island of Puerto Rico. My hometown of Aguadilla was not spared from it and my childhood home and studio destroyed. A considerable amount of artwork from my early stages till recently are now gone forever. Over 30 years of work erased in the blink of an eye. These storms have affected so many of us in so many different levels. And even though my family is ok... for now, I still haven't heard from many of my friends and fear for their lives. Maria has now become a major humanitarian crisis with a shamefully slow response from the U.S. government. Let's be reminded, this is an American colony and the people from Puerto Rico are American citizens. It is the responsibility of the U.S. to take care of it's territories and peoples, otherwise let them be free. 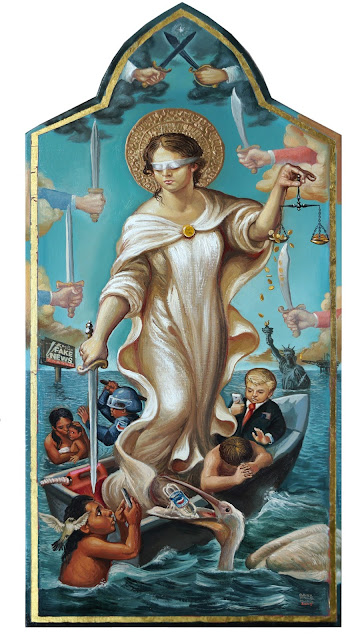 These three catastrophic events have hit me in a deeply personal level but Im also painfully aware of the "natural" disasters occurring in Mexico, Sierra Leone and Bangladesh. This all has had a powerful impact on me as well. Climate change is real and it is affecting us all. And yes, I know we've always had hurricanes but the fact that these are intensifying and becoming more and more common because of warmer water and air conditions is a direct consequence of climate change. As unregulated transnational corporations keep polluting and our dependence on fossil fuel and rampant consumerist habits grow, we can only expect things to get worse, a lot worse. 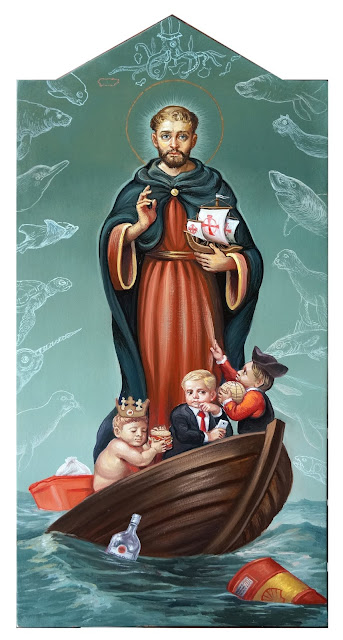 As citizens of this world we can no longer be immune or indifferent to the effects and most importantly the causes of climate change.  As an artist, a talented person with an extra sensibility it would be totally unforgivable . Artists are story tellers, myth makers and hope bringers. Our impact and influence on how the rest of us think and feel should never be underestimated. We are potential agents of change. But art can also transform our understanding and perception of history, nature, culture and even ourselves ultimately deciding the Zeitgeist or collective spirit of the times and the course we take. 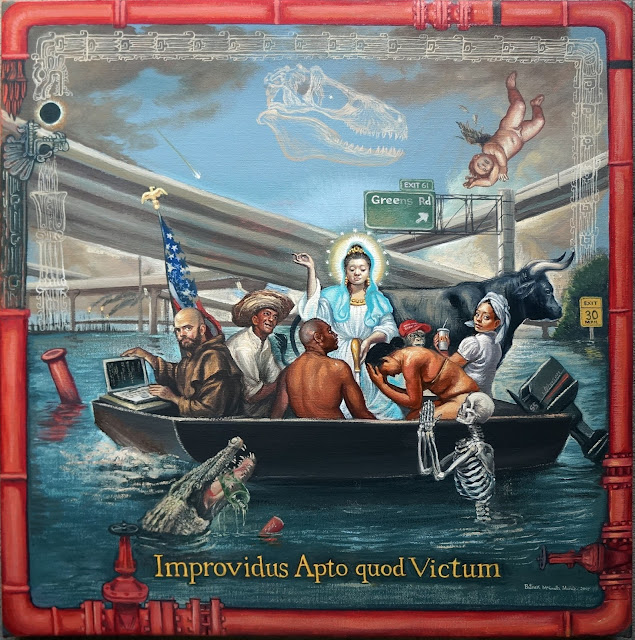 We could either despair and loose hope in the future or we could get up and do something about our current environmental crisis. Nothing good has ever come out of doing nothing so it's worth giving action a chance, resist and fight back for a better world with social and climate justice for all. Everyone can make a difference depending on their abilities and gifts. Some celebrities have lots of money so they donate their money to help others. Others work in politics and can put pressure and challenge the establishment elite. The media could be doing a much better job at investigating and communicating the root causes of climate change.  We, artists have our talents and art at our disposal in order to bring awareness of the most important issue of our time: Climate Change.  Do your research, learn from others, tell your personal stories and create art that educates and opens minds.  Enough with modernity's obsession with individuality, progress, commodities and consumerism. Make art that's ecocentric, not egocentric.  No more time for excuses, time to get to work !