The Holy Gospel of Consumption 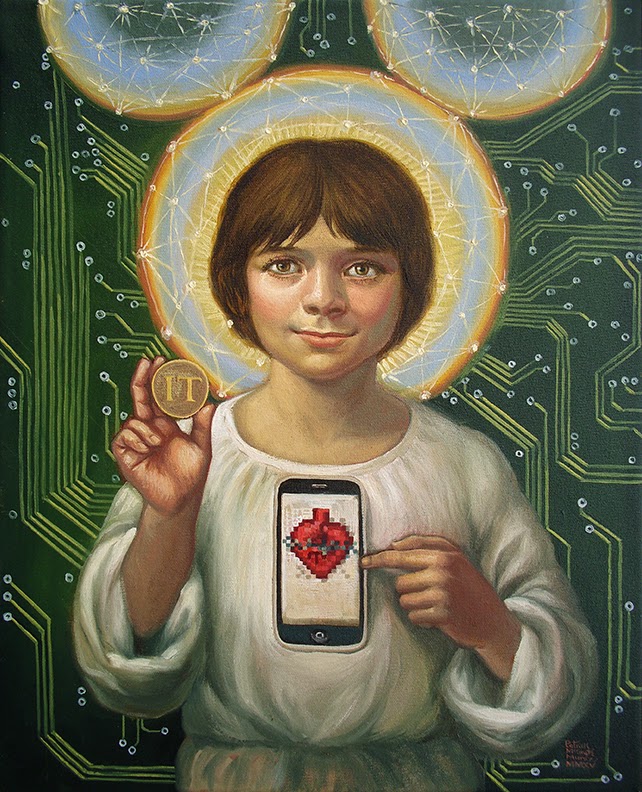 Mirabile Futurum 16" x 20" Oil on Canvas by Patrick McGrath Muñiz
With Climate change already upon us and becoming more real than ever with every passing year, we ought to ask ourselves how we got to the present state to begin with? What is the root cause of this already beyond un-debatable man made impact on climate and the environment? It would be quite easy to conclude that the rampant nature exploitation activities from our industrial society and over consumption of natural resources are behind it. We could fill pages exposing the failure of globalized capitalism which is driven by economic growth and it's unsustainable extraction practices. It would be after all quite apparent that oil companies reliant on fossil fuels that cause CO2 emissions, large trans-national corporations, government lack of regulations and big state polluters like China are responsible for much of our climate's present state and future. 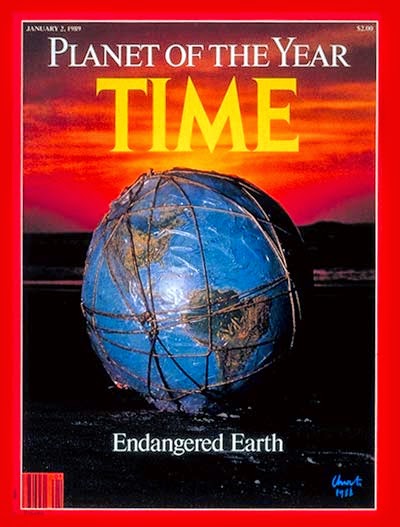 The truth is we could trace the origins of these destructive systems  a little further back in time.  In 1989, Time magazine instead of going for the usual "Man of the Year" cover, used a photograph  by  artist Christo of a globe covered with plastic and tied up with twine. The cover read:  "Planet of the Year: Endangered Earth". As significant as this may seem at the time, the accompanying essay by Thomas Sancton was a powerful statement in itself worth quoting as it described the roots of the problem:


"In many pagan societies, the earth was seen as a mother, a fertile giver of life. Nature-the soil, forest, sea- was endowed with divinity, and mortals were subordinate to it. The Judeo-Christian tradition introduced a radically different concept. The earth was the creation of a monotheistic God, who, after shaping it, ordered its inhabitants in the words of Genesis: "be fruitful and multiply and replenish the earth and subdue it: and have dominion over the fish of the sea and over the fowl of the air and over every living thing that moveth upon the earth". The idea of dominion could be interpreted as an invitation to use nature as a convenience. Thus the spread of Christianity, which is generally considered to have paved the way for the development of technology, may at the same time have carried the seeds of the wanton exploitation of nature that has often accompanied technological progress". 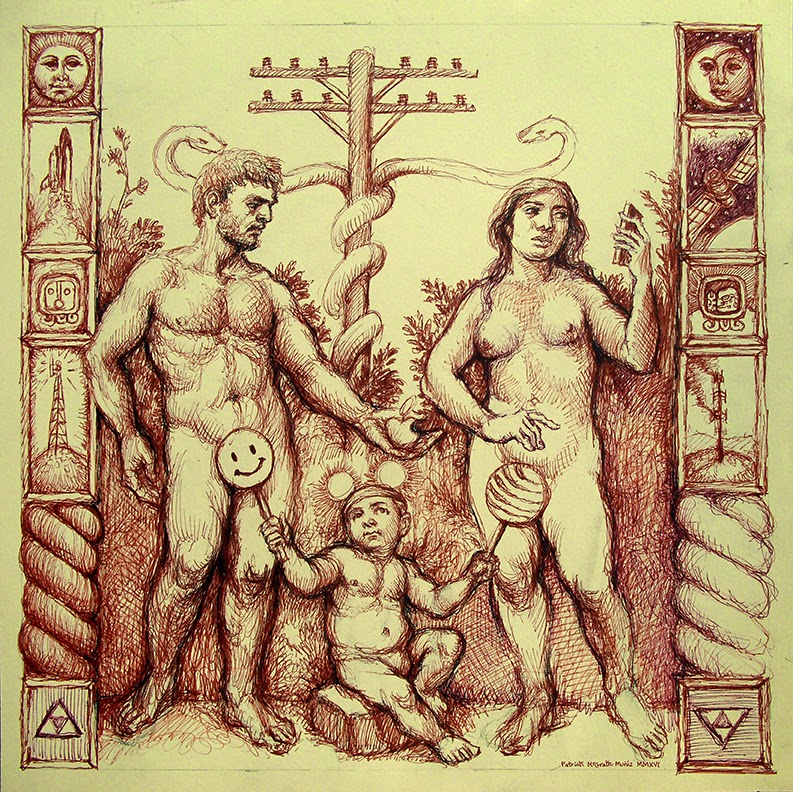 
This was certainly not a new idea at the time as it formed the basis of the growing counter culture ecological movement. But being included in such a widespread magazine read by millions was indeed significant and revealing. This anthropocentric anti-environmental world view and even demonization of nature is definitely not exclusive to the Judeo-Christian tradition but it undoubtedly influenced western thought from the  theologian  St. Augustine to the philosopher Francis Bacon.  Western capitalism was in turn inspired by the belief in a fruitful and multiplying human civilization with  its economic growth, prosperity and technological progress based on competition, a free market and its dominion,  manipulation and exploitation over Mother Nature.  With the fall of the Iron Curtain, the dissolution of the Soviet Union  and the increasing power of communications with the rise of the internet in the 1990's, Capitalism became a fast growing world phenomenon and to this day it defines much of our globalized cultural and social landscapes from New York to Beijing. 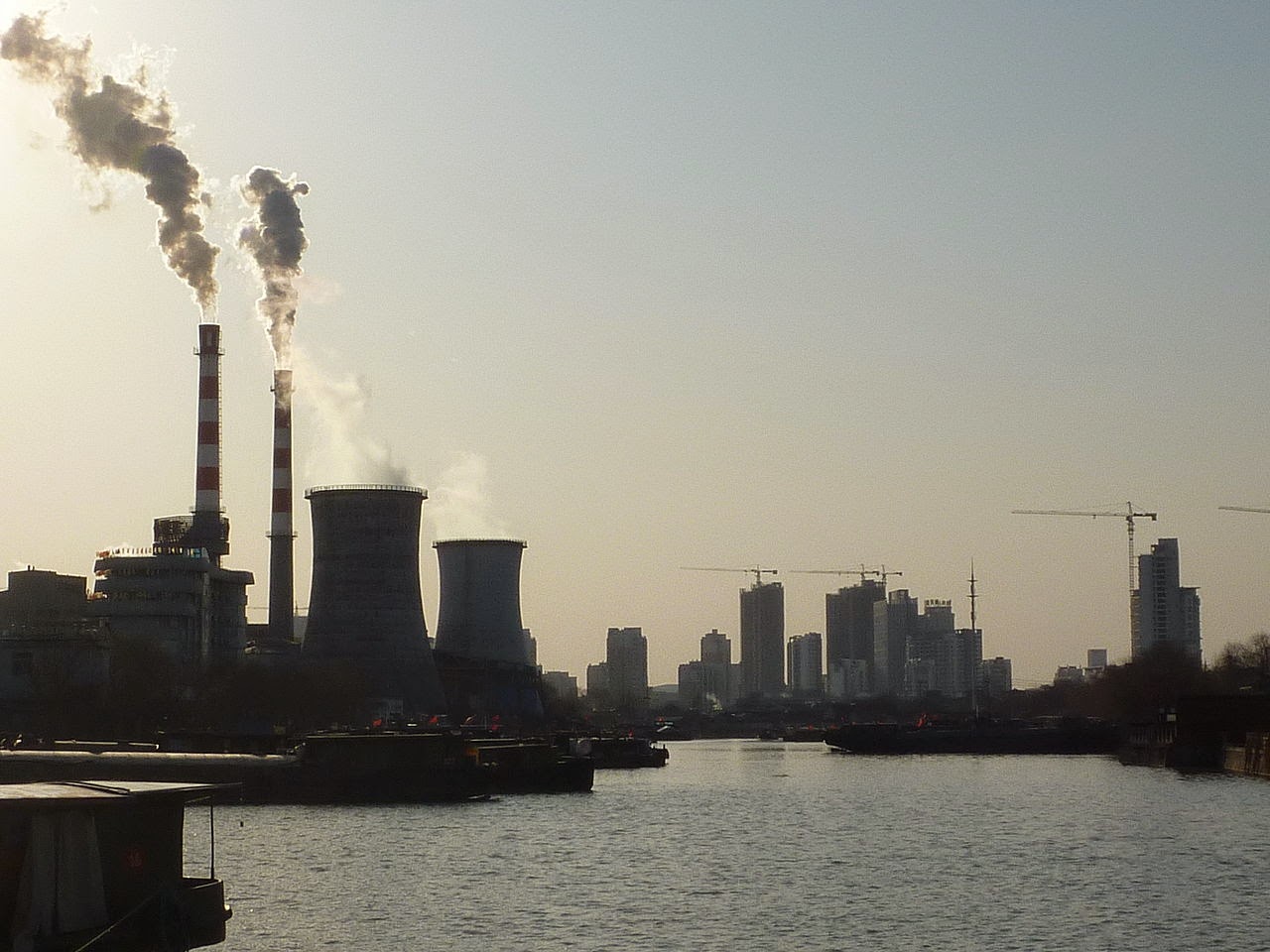 An industrial area, with a power plant, south of Yangzhou's downtown, China


Yuval Harari on his book Sapiens: a brief history of humanity argues that  modern day capitalism resembles more a religion rather than an economic theory. The collective fiction  of the supremacy of money is  one big cultural construct that sets us apart from the rest of the animal kingdom. The utilitarian and extractionist  approach to nature from  free market fundamentalism is propagated through the mass media in order to indoctrinate the people to become passive consumers rather than active world citizens that may question these created fictions. 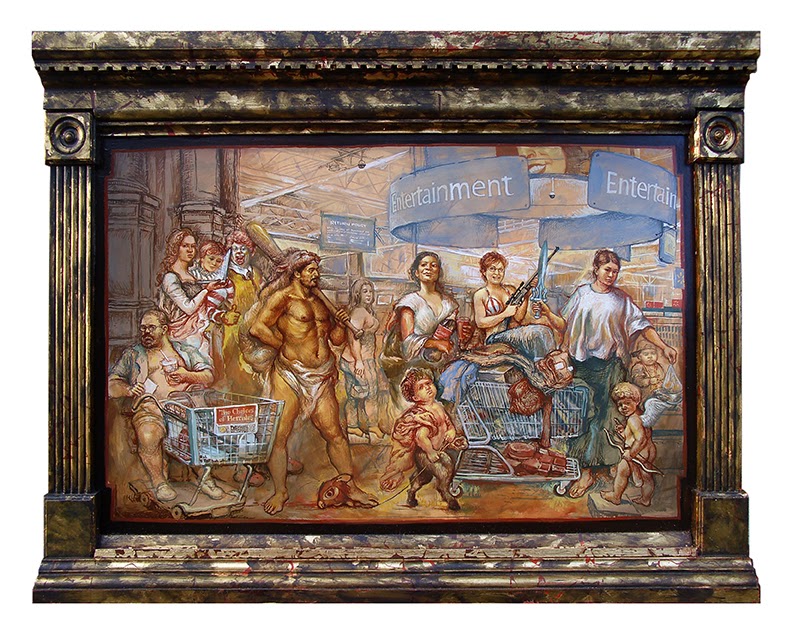 Despite the best efforts of well intentioned people within the Church from LeonardoBoff to Pope Francis to revise the Christian doctrines in a new ecological light, these dogmas and inherited beliefs in a human superiority over animals, plants, other peoples  and other lands is hard to overlook.  From the idea of a "Promised Land" to the "Manifest Destiny", these conveniently designed myths have served  the interests of empires, monarchies, monotheistic  proselytizing religions and economic monopolies around the globe.   It is extremely important we know the root of a problem before we prepare to fix it, especially when we are dealing with our very own existence and future on this planet. 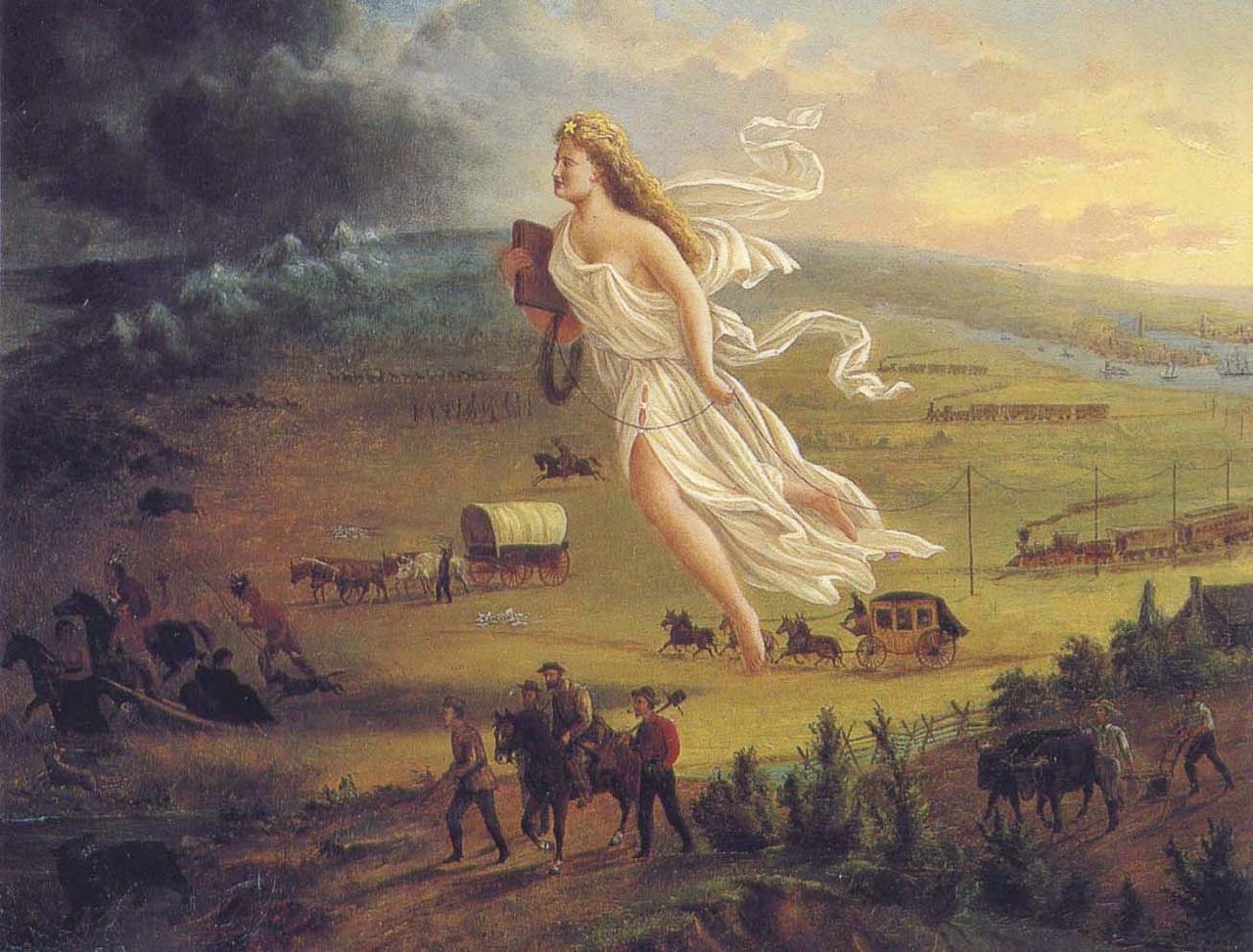 American Progress Oil painting by John Glast (Circa 1872)
Of course Christianity  or any other monotheist religions are not the primary cause of our current environmental crisis. We created a negative impact on the ecosystem long before any of these modern day religions showed up, from the hunter gatherer societies to the agricultural revolution and the rise of the first big cities. But by digging deep into the historical relation between religion, empire, money and the natural world  we can gain a much better understanding of our present day ecological downfall.  It is time we change not only our consumption habits but our core beliefs as well. While the unquestioned "sacrosanctity" of the ruling corpocracy and global financial institutions is kept in place by our unyielding monotheistic faith in the power of money over everything else we can only expect one big thing to change,  that is our planet and our very existence on it. 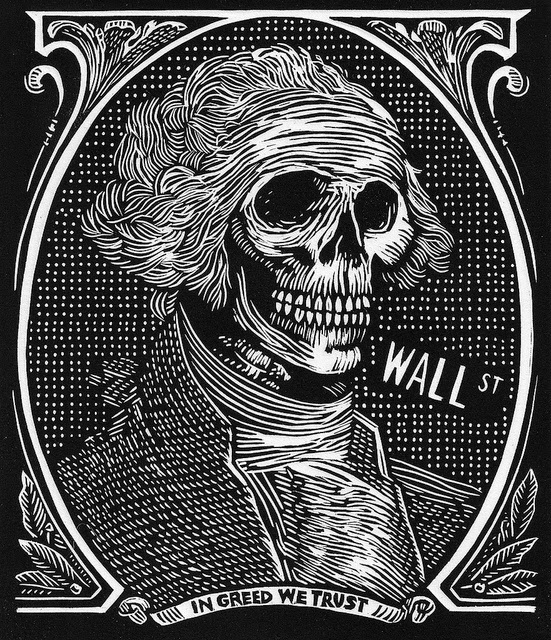 Posted by Unknown at 9:00 AM No comments: