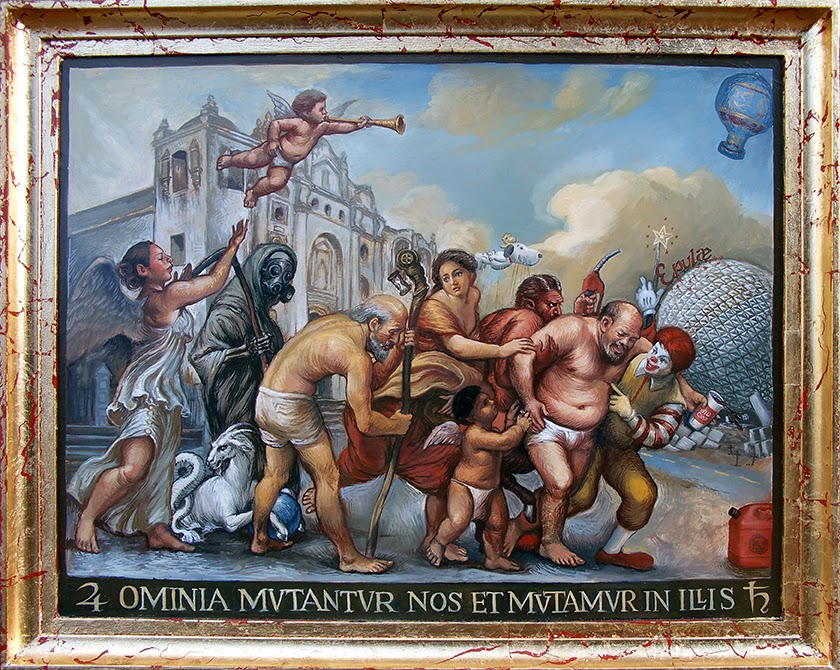 Recently I re-read Fast Food Nation by Eric Schlosser and after visiting a couple of dozen contemporary art galleries in town I could not help but think about how much the Mcdonald's way of doing things has permeated our culture and even the art world. Everyone knows art has always reflected the culture of it's time. In art school you learn about Pop art being a reflection of the consumer culture of the sixties and so on. But seldom do they tell you about the Mcdonaldization of art, literature, music and culture in general, perhaps because the universities play into it as well. George Ritzer pointed out five aspects in his 1993 Mcdonaldization of society five primary aspects that define this global phenomenon: Efficiency, Calculability, Predictability, Control and The Irrationality of Rationality. These all seem to be quite present in much of the contemporary art presented in art galleries, art fairs and museums around the world. Of course not all art done today follows these "fast food" standards and on the contrary, they respond in a very conscious way to our zombie-like consumer culture. Here I've presented some fine examples. 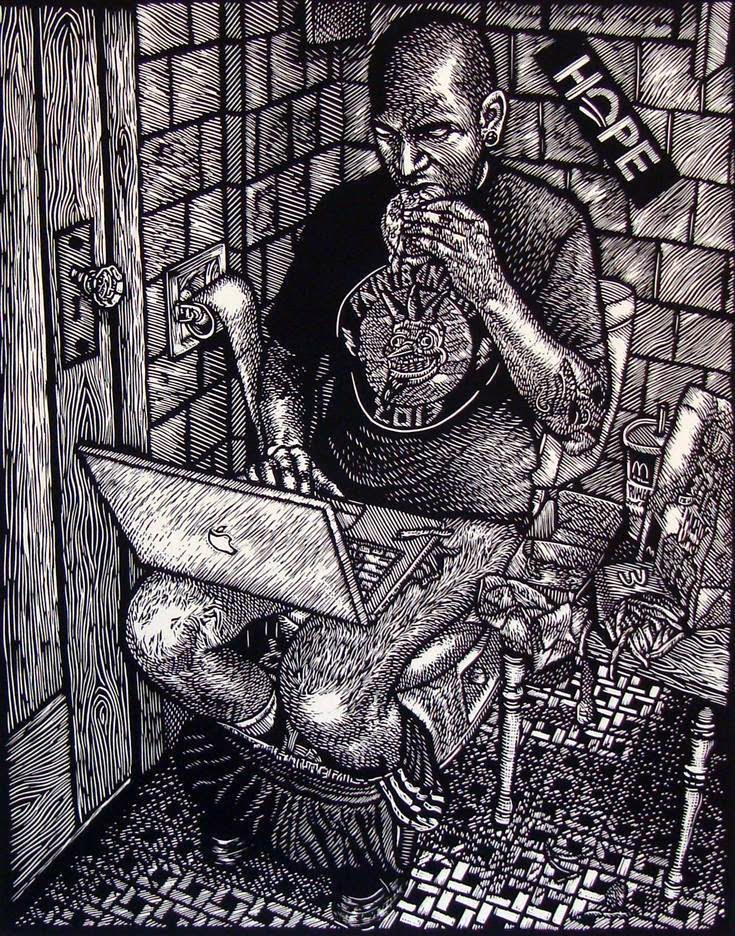 
But I must say I've already lost count of how many times I've seen art that is boringly(predictable) simple (easy to control results) rapidly produced (efficient) in a quantity over quality (calculable) equation that defies any rational judgment on what is good or bad art (The Irrationality of the Rationality) Probably the only three big difference between contemporary art and fast food culture are the obvious ones: product, price range and targeted audience, but other than those I see no big differences between the production/packaging/brand and marketing strategies between the two. Certainly mainstream contemporary art owes much more to Pop art than its big debut in art history but it does seem highly hypocritical to uphold much of what is produced in the mainstream contemporary art world as "high art" as if it was something totally unrelated to popular culture and specifically "fast food culture". This said, I do not think it is bad because much art prepared today resembles a fast food product made in a hurry by little or no skill, preheating frozen "readymades" and repackaged to satisfy the "educated" masses, but it does look far from what art used to be for millennia before modernism came. 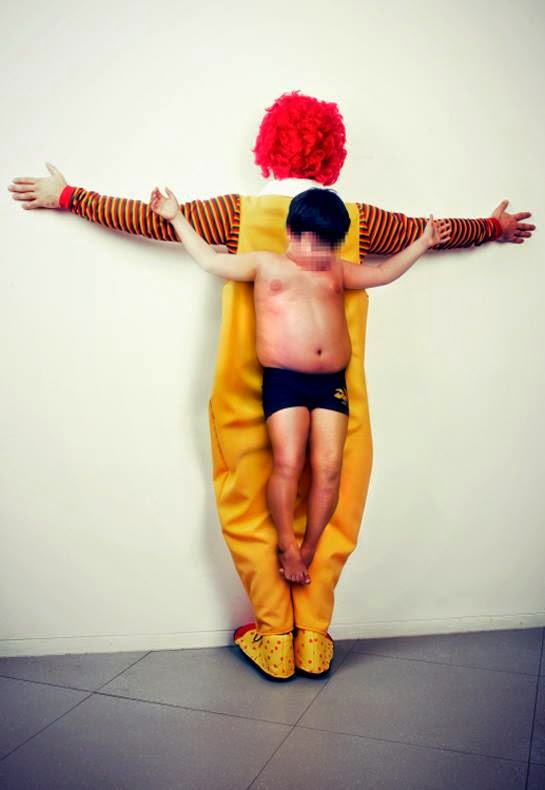 From the series "Los Intocables" by Erik Ravelo.
Click here to view more work of this artist.

I know it would be silly to try to undo all the postwar art theories that have been taught to us in school and pain as if we were living in 1789 but at least artists should be aware of the times they are currently living in when technique and skill are disregarded, profit is primordial and the value of things don't make any sense. We should all be aware of how much consumerism and the mass media machinery has infected the art world and our cultural attitudes towards what we think is good and beautiful and this having powerful consequences reaching a global scale. Some artists have addressed these issues with their art and it is important to take notice of them and what they have to say. While many might keep blindly mass producing repetitive Mc artworks the fastest way possible, with predictable results and selling these at prices that defy any sound rationality, there are those who will insist in pointing out at the clown in the room and how he operates so others can wake up and smell the Mc Coffee. 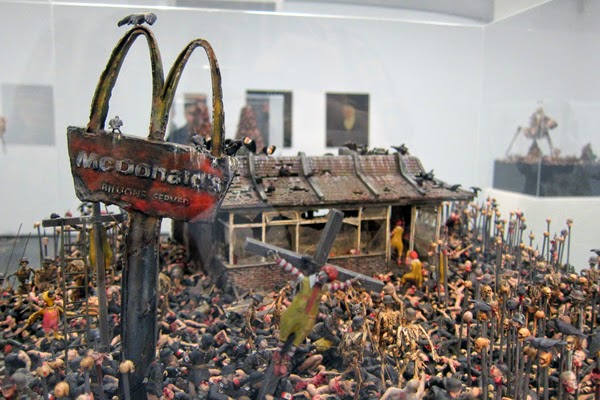 From the series "Sum of all Evils" by artists Jake and Dinos Chapman
To see more of their work click here.
Posted by Unknown at 12:06 PM No comments: