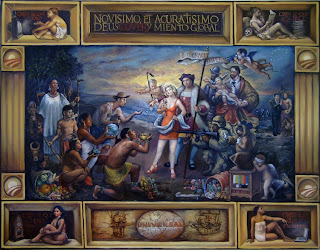 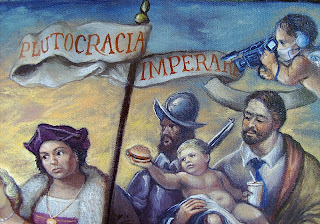 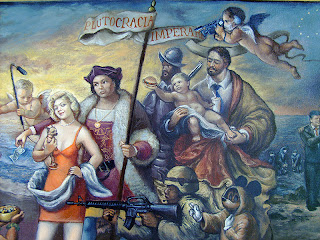 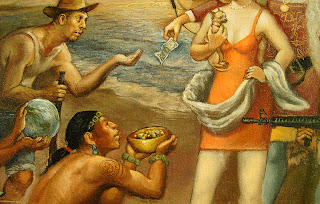 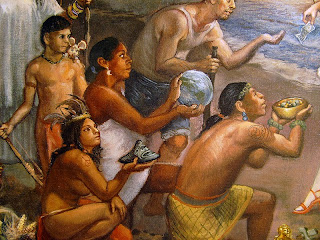 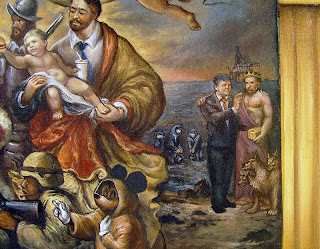 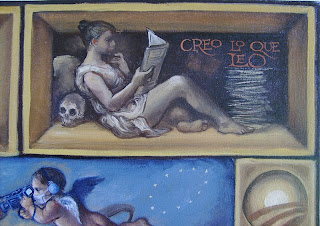 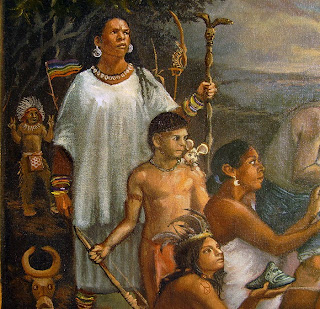 In conclusion the work inplies its message with its title: Deuscovery Miento. "Deus" meaning god in Latin, "covery" a play between "discovery" and "cover" implies a "cover-up". The letter "Y" in Spanish means "and". Miento is the word in Spanish for "lie" So as the epigraph above the work reads: "Novisimo et Acuratisimo Deus Cover y Miento Global "  (Newest and most accurate  divine cover up and lies around the globe) .
All text and images on this blog entry is copyrighted material© by the artist and author Patrick McGrath Muñiz
Posted by Unknown at 3:36 PM 1 comment: