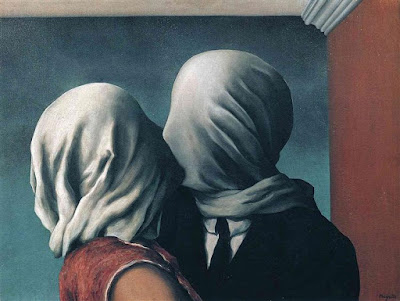 Back in art school I remember there used to be a stigma placed unto anyone who wanted to explore surrealism. As art students we were encouraged to experiment and break away from tradition. We were told that Surrealism was an art movement that already had its time and place in Europe in the 1920's and that like Impressionism, there was no point of following the steps of these artists. It was dated therefore "passé" and not considered  a valid form of contemporary art. While it is not easily found in mainstream contemporary art, there are still many incredible artists today that make great art inspired by the surrealist tradition. 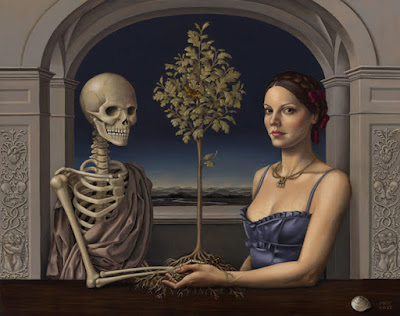 I've always wondered why is there a preference for certain kinds of art within the mainstream contemporary art scene while others are excluded. Take for instance conceptual art. An offspring movement of Dada and formally theorized in the late sixties, conceptual art is perhaps as dated and "passé" as Surrealism, yet the former is by far more acceptable in the eyes of mainstream art circles. Yet the surrealist movement is very strong today, particularly among the international art group Dreams and Divinities. There is indeed a resurgence of surrealist art and it is stronger than ever. There is no reason to believe it already had it's time and that it's over.  Au contraire! 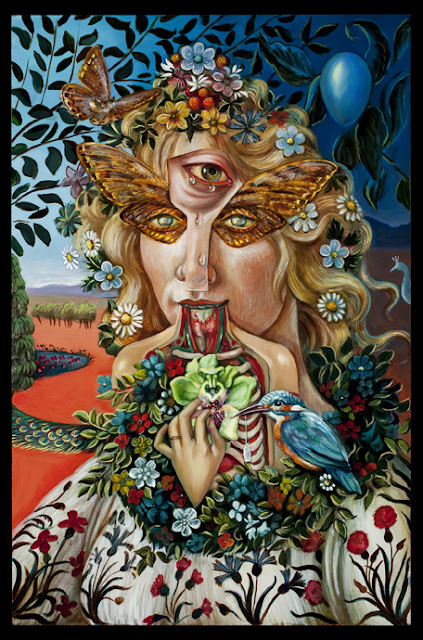 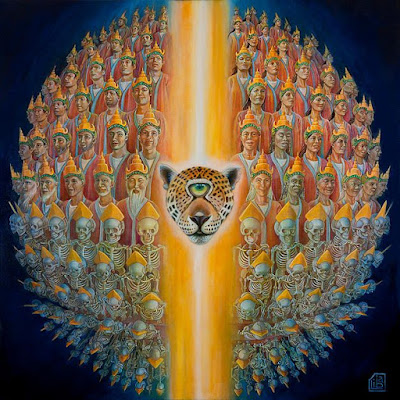 Modern Surrealism also derived from Dada had it's own Surrealist Manifesto written by French poet Andre Bretton. It began as a literary movement influenced by Sigmund Freud's free association and dream analysis. Soon after the poets, painters started to experiment by painting without conscious control, a creative process called automatism. This in turn, revealed unconscious imagery in the work. Surrealism has basically two schools; One more abstract, distancing itself from conscious control as much as possible (Miró & Ernst) and one with a more detailed and figurative approach (Dalí, Magitte). Surreal implies something "unreal", a dream-like realm beyond rational reality. 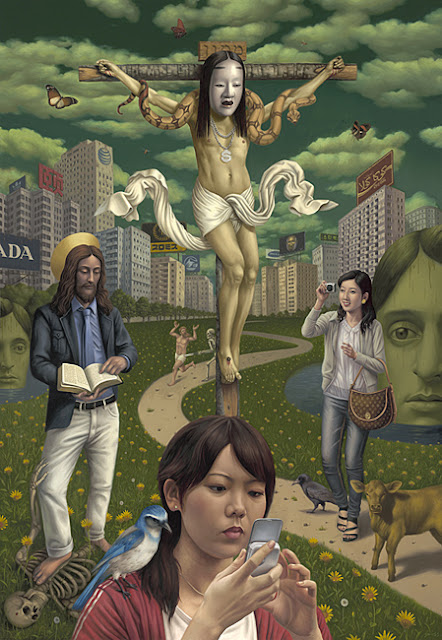 Interestingly "Surreal" was chosen as Merriam-Webster's word of the year and used to describe the events of 2016. With recent events such as the terrorist attacks in Europe and the US as well as the war in Syria, the US elections of Donald Trump and the Brexit vote in the UK, it is not hard to explain why the word "Surreal" has seen a spike in lookups on the online dictionary. It is not the first time though. In 2001 the word had its most enduring spike soon after 9/11. It often seems like the word comes up in moments most people feel a sense of shock and tragedy and try to make sense of it all. 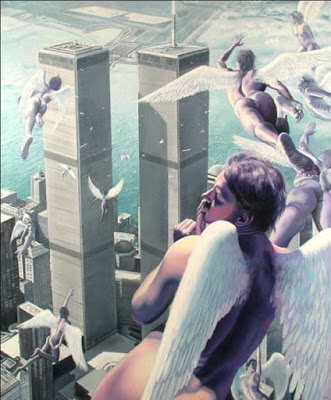 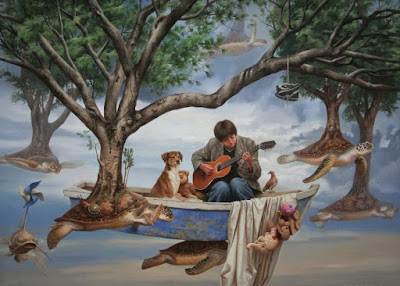 Whenever we feel there is a disconnect with reality, for better or for worse, we tend to think of surrealism. I remember visiting the School of Fine Arts in Lima, Peru in 1998. By the time I was amazed at so much young talent in this school, I even wanted to study there. But something really caught my attention. Many of the art students were devoted to surrealism in their art. With so much political unrest, social injustice and inequality, that was so shockingly evident to me, I asked myself, why were they so interested in the fantastic? Wasn't this plain escapism? Why not make art that is mindful of your surroundings and  denounce what's wrong with the system? Was it because it was too depressing, they didn't see it, or they simply weren't interested? 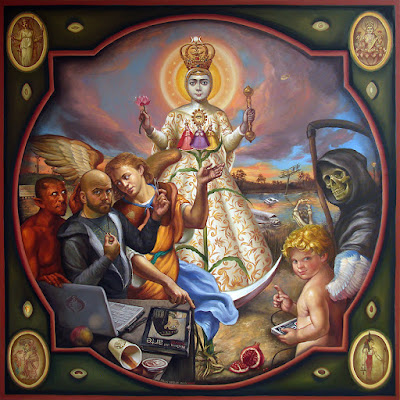 Then I realized, my art was no different from theirs. I too looked for solace, peace and inspiration elsewhere, in art history and... in an alternate reality. Not that there is anything wrong with this, but I think there is much more to it than that. The truth is that after all these years I now see how unexpectedly socially aware surrealist art can really be. While many might see surrealist art as a form of escapism, it can also be a cure for our current social ills. Surrealism allows us to explore our own inner worlds and see things from a different perspective. Surrealism opens up the gates to a realm of the insanely impossible. In middle of all the craziness of our own world, surrealist art can enlighten us by revealing the key to understanding ourselves and how we perceive the world around us at an unconscious level. That may well be our antidote and best way to cope with the crazy sick world we live in today. Yes, 2016 may easily push many to think of it in "surreal" terms. Doesn't this already make a very good case to consider surrealism as a valid form of contemporary art if not the most relevant of all specially in these times we are living in? 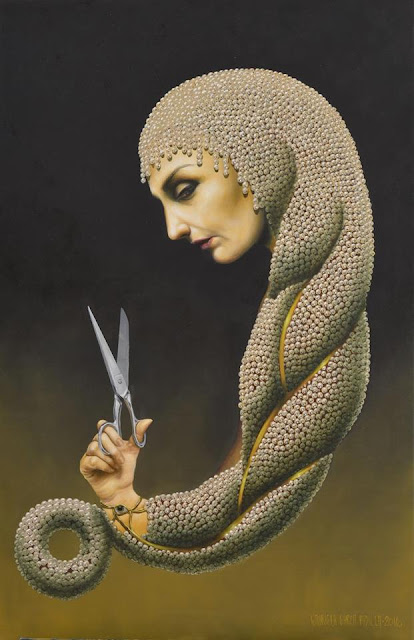